BetterPowerDown is a recent addition to the Cydia Store that can add the new iOS 7.1 power slider to pre-iOS 7.1 devices. Besides this, the package also offers a couple of other useful features, too. You can pick up BetterPowerDown for $0.99 on the Cydia Store now, and it’s optimized for iOS 7 and ARM64-devices.

Once downloaded and installed, jailbreakers can activate BetterPowerDown from inside of the Settings app. Here, the jailbreak tweak adds a brand new preferences pane that includes a toggle for enabling or disabling the package outright.

When enabled, users will find that the power down screen in iOS 7.0.x displays the new iOS 7.1 power slider (pictured above). Since iOS 7.1 is off-limits for jailbreakers, BetterPowerDown allows users to get a taste of iOS 7.1 on their iOS device without actually updating to the new mobile OS.

What’s more, BetterPowerDown also allows users to revert back to the iOS 6 power slider interface, and it incorporates the Repower jailbreak tweak. When enabled, the Repower toggle allows users to access two additional sliders at the power down screen – one for rebooting an iOS device, and the other for respringing. This is definitely a handy addition that users of BetterPowerDown will want to take advantage of.

As a reminder, users looking to add the iOS 7.1 Calendar app to their iOS device can do so using Ryan Petrich’s Gregorian. This can be downloaded free of charge on the App Store, and offers a direct port of the application for pre-iOS 7.1 devices.

BetterPowerDown, on the other hand, can indeed be downloaded for $0.99 on the Cydia Store now. 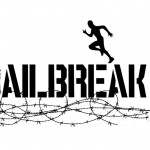 Malware Has Appeared On The Cydia Store, Here's How You Can Deal With It 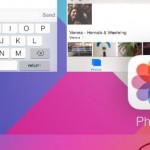 Popular Jailbreak Tweak Auxo 2 Gets Support For Apple's iPad
Nothing found :(
Try something else