You are using an outdated browser. Please upgrade your browser to improve your experience.
by Joe White
March 26, 2014
Greg Christie worked on the iPhone from as early as 2005, managing a small team of Apple engineers responsible for developing core elements and presenting their findings to Jobs, Ive, and other senior executives. Because of Christie’s success, the design for the iPhone was approved, and Apple embarked upon the process of developing the smartphone and subsequently bringing it to the market. Christie shared information on the iPhone’s conception and the early days of its development in an interview with The Wall Street Journal (via MacRumors). The senior software engineer, who gave the interview with permission from Apple, explained that Scott Forstall invited him into the iPhone development group – codenamed “Purple” – in 2005. His team worked on aspects of the handset including the slide-to-unlock mechanism, initiating calls, scrolling speeds, and more. Christie said he and his team “banged their heads against the wall” when it came to figuring out how the Messages app should display content. Apple wanted to streamline SMS conversations in one single interface, rather than producing a series of separate messages; this was eventually achieved using the “bubble” interface we’re all familiar with. Jobs had employees encrypt images of the in-development iPhone, and the CEO heard highly confidential reports from Christie each month. After demanding “bigger ideas and better concepts,” Jobs was eventually satisfied with the improvements and, along with Jony Ive and Apple director Bill Campbell, he approved the handset’s design. From here, the iPhone’s journey to the market began, with Steve Jobs reportedly monitoring its development at the most minuscule levels of detail. The rest, of course, is history. You can read through the entire article by clicking this link, though it is paywall-protected. See also: TodoMovies Updated Ahead Of Imminent Release Of Its Blockbuster Sequel, Facebook Confirms It Has 1 Billion ‘Active’ Mobile Users, 200 Million Instagram Users, and This Latest iPhone 6 Concept Is Big, Beautiful, But Square?. 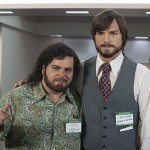 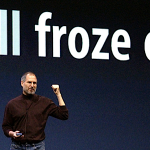 Op-Ed: Would Steve Jobs Have Embraced iTunes For Android?
Nothing found :(
Try something else