Telltale Games has released a brand new trailer for the third episode of The Wolf Among Us, called “Crooked Mile.” Based on the popular Fable comic book series, the application can be downloaded for $4.99 on the App Store, and we should see its recently-previewed third episode become available in the near future.

The Wolf Among Us first launched for iOS devices in December, and the app’s second episode – titled “Smoke and Mirrors” – appeared on the App Store soon after. The new episode continues to center around Bigby the Big Bad Wolf and his increasingly violent encounters with characters from well-known fairly tales.

After discovering damning evidence at a bloody crime scene, Bigby is just steps behind the prime suspect of a horrific murder, but he’s not the only one; other forces in Fabletown will stop at nothing to protect their interests. Every decision matters and time is ticking in this thrilling third episode of The Wolf Among Us.

Once the third episode launches in the app, the remaining episodes for the game’s first season will include “In Sheep’s Clothing” and “Cry Wolf.” Each will be available to access for a $4.99 in-app purchase, though a $14.99 season pass does score users 25 percent off the season’s total cost.

The Wolf Among Us, which includes the app’s first episode, “Faith,” is available to download on the App Store for $4.99, and the game is optimized for the iPhone, iPad, and iPod touch.

We’ll let you know once episode three, “Crooked Mile,” launches in the application.

In the meantime, see: Preserve Your Special Photos With The New Kodak Moments HD App For iPad, The Fantastical 2 For iPad Calendar App Makes Its Debut, and Horde Of Heroes Soft-Launches In Canada, Worldwide Release Planned For April 24. 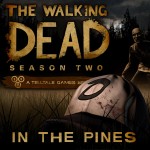 Walking Dead: The Game - Season 2 Gets A New Trailer For Its Next Episode 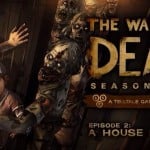 Episode 2 Of Telltale's Walking Dead: The Game - Season 2, 'A House Divided,' Is Out Now
Nothing found :(
Try something else