Developer SpiritOfLogic has updated its popular Touch ID-enhancing jailbreak tweak iTouchSecure, usefully adding support for a selection of third-party iOS Web browsers – including Google’s Chrome. You can download the updated iTouchSecure on the Cydia Store for $4.99, and as before the jailbreak tweak is optimized for the iPhone 5s handset.

If you’re not familiar with iTouchSecure, we first explained how the package can help jailbreakers “realize Touch ID’s full potential” back in January, when the jailbreak tweak first surfaced on the Cydia Store. At the time we explained:

Developer Christian told AppAdvice in an email that iTouchSecure first auto-stores passwords entered into iOS applications within a secure, built-in “encrypted keychain.” After passwords have been manually inputted once, though, users can then easily re-input passwords and passcodes using their Touch ID-equipped Home button.

Using iTouchSecure is an easy, intuitive experience: users need only input their passcode or password once into a text field in an iOS app or inside Safari, and iTouchSecure will allow users to re-input it using their fingerprint-scanning Home button the next time the same app or website is launched. Best of all, however, iTouchSecure is fully compatible with both the App Store app and AgileBits’ 1Password, allowing users to input their password for both services using the ultra-secure Touch ID.

Now, iTouchSecure has received a big update adding support for Chrome, Google applications, and most iOS browsers which input passwords using a Web view. If you’re a user of Google’s alternative Web browser for iOS, the latest version of iTouchSecure (2.0.1.0) will definitely be appreciated.

As mentioned, jailbreakers can pick up the updated iTouchSecure on the Cydia Store for $4.99. If you already own the package, however, the update can be downloaded free of charge. 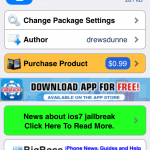 Cydia Tweak: How To Unlock iOS Devices With A Simple Tap 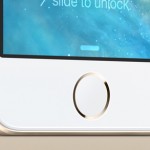 The One Feature We All Know Apple Will Be Adding On The Next iPad
Nothing found :(
Try something else