Apple has hired Nokia’s Ari Partinen, a senior Lumia engineer and camera expert, according to a couple of Twitter updates from Partinen himself.

First spotted by Engadget, Partinen – who Nokia calls its “camera expert” – noted in a recent Twitter update that he’s set to start “a new chapter in Cupertino, California,” before confirming that Apple is indeed the company he’s going to work for.

Nokia’s smartphone division is now a part of Microsoft, and key members have chosen to leave the company as a result. Apple’s hire of Partinen is another indication that Cupertino is indeed looking to further improve the cameras on its iPhone handset. Though the iPhone 5s can clearly shoot impressive images, its performance in low-light conditions is an area we’re hoping to see Apple improve.

Nokia’s PureView is arguably the best smartphone camera on the market, and as such we’re excited to see Partinen’s influence at Apple. Most recently, we’ve heard that Apple could increase the pixel size of images shot using the camera on its iPhone 6; a patent filed recently also indicated that Apple is looking to add a “super-resolution” camera to its iPhone in the coming years.

Besides improvements in the camera department, the next-generation iPhone 6 is also expected to feature a bigger, thinner redesign, a sapphire-coated display, and an enhanced “Apple A8” processor.

Earlier today, we heard a 4.7-inch version of the device could launch as early as August, with the long-anticipated 5.5-inch model appearing in September. 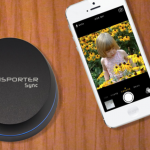