Apple could be planning on unveiling its next-generation iPhone 6 one month ahead of schedule, according to Taiwan’s Economic Daily News.

Citing supply-chain sources, the publication (via Reuters) notes that Apple’s 4.7-inch iPhone 6 handset is expected to be unveiled in August, while the larger 5.5-inch model will instead appear in September. The news comes following various reports claiming that the larger of Apple’s two iPhone 6 devices has suffered production delays.

Most recently, we’ve heard that around 15 percent of 4.7-inch iPhone 6 orders have been allocated to Pegatron, and that sapphire glass produced by Apple in partnership with GT Advanced Technologies has already been shipped to China.

The new handset is expected to feature a bigger, thinner redesign reminiscent of Apple’s current-generation iPod touch, and a faster “Apple A8” processor manufactured by both Samsung and Taiwan Semiconductor Manufacturing Company (TSMC).

Taiwan’s Economic Daily News added that some 80 million iPhone 6 handsets will be produced this year. An August unveiling would clearly be out of character for Apple, which has previously held a dedicated iPhone event in September followed by an iPad event in October. 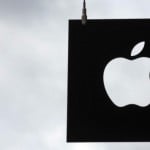 A Surprising Start To Apple’s June Quarter
Nothing found :(
Try something else