Apple kicked-off a big iPhone upgrade initiative in U.S. Apple Retail Stores this past week, and started sending qualifying customers emails from May 8 which read: “It’s a beautiful time for an upgrade.”

We first told you about Apple’s anticipated iPhone event a few days ago, when news concerning the “enormous” upgrade scheme first hit the Web. At the time, we noted how Cupertino was planning on sending owners of older iPhones an email encouraging them to upgrade to either the iPhone 5s or iPhone 5c.

Customers would also be encouraged to trade-in their handset, too, using Apple’s in-store iPhone trade-in program.

Now, as 9to5mac notes, Apple has indeed started sending iPhone upgrade emails to customers. This started on May 8, and the text of the email (pictured above) reads:

It’s a beautiful time for an upgrade. You may be eligible for upgrade pricing on a new iPhone. And if you bring in your old iPhone to be recycled, you could get credit toward a new one. Ask us for details.

Of course, customers considering an iPhone upgrade should remember that Apple is planning a major iPhone release for fall. In fact, we heard recently that Cupertino’s 4.7-inch iPhone 6 could appear as early as August, with the anticipated 5.5-inch device launching the month after, in September.

In the meantime, see: AppAdvice Daily: Use Your Third Eye And Ward Off Drugs With The Best New Games Of The Week, Walmart Is Offering $30 Off The 16GB Wi-Fi iPad mini For Mother’s Day, and AppAdvice Game Of The Week For May 9, 2014. 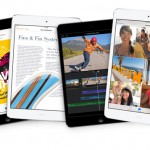 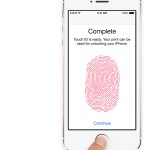 Will Apple Stores Soon Feature A Touch ID Based Payment System?
Nothing found :(
Try something else