One of Apple’s most recent patent awards, “Generation of a user interface based on contacts,” describes how a future iteration of the iOS Messages app could generate its user interface (UI) based on the contact – or contacts – its user is presently messaging.

First noticed by AppleInsider, the application “enables users of apps like iMessage to be more aware of who they are talking to at any given time, thereby preventing potentially embarrassing misdirected messages.” This is achieved by switching the Messages application’s UI based on the person the user is conversing with, as the publication explains:

The invention basically inserts a contact’s picture, or photo corresponding to a contact, as the background image for a messaging session. For group chats, text is overlaid atop one or more images relating to the contacts involved in the conversation.

If a user hasn’t assigned a photograph to a particular contact, “a generic male or female avatar may be used as the system intelligently selects gender based on stored contact information,” AppleInsider adds.

The patent explains that measures will be taken to ensure that the content of the Messages app remains readable (such as alpha-blending or desaturation), and Apple’s iOS software will also auto-edit the photograph in order for it to properly fit the Messages app’s UI.

For iOS device users who regularly mis-message contacts, the above development would help avoid confusion when navigating between threads in the Messages app or when participating in group chats.

Furthermore, the patent adds that this may not be limited to Apple’s own on-board iOS software, either: an API is also discussed in the application, and this would allow third-party messaging applications to implement a similar feature.

Does this sound like a good idea to you? Personally, I’m not sure I’d feel comfortable with the grinning face of a friend or family member looking up at me from the Messages app while I type. 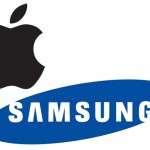 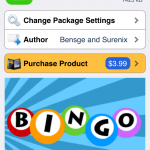 Auki, The Messages-Enhancing Jailbreak Tweak, Gets A Bunch Of New Features
Nothing found :(
Try something else