Angela Ahrendts, Apple’s new senior vice president of Retail and Online Stores, has received a signing bonus of 113,334 restricted stock units (RSUs) which could be worth a collective $68 million – and possibly more, depending on how Apple’s stock performs over the coming years.

The news hit the Web in a filing discovered recently by MacRumors. The publication explains:

Ahrendts will receive shares spread over several different vesting periods between June 1, 2014 and June 14, 2018, assuming Ahrendts stays with the company. Were Apple’s share price to rise, the RSUs could potentially be worth significantly more over that time.

RSUs are of course designed to reward employees if they stay with Apple. “Each RSU converts to one share of stock on its vesting date, typically set annually based on award date,” MacRumors adds. Apple has indeed been known to generously reward its top executives in this way in the past, and in March we explained how Eddy Cue, Craig Federighi, Dan Riccio, Phil Schiller, Bruce Sewell, and Jeffrey Williams had each received 35,000 RSUs worth some $19 million.

Ahrendts joined Apple last week, and she arrived following some years as chief executive officer at Burberry. Before taking the helm as CEO of the London-based fashion label in 2006, Ahrendts was executive vice president at Liz Claiborne Inc. and served as president of Donna Karan International.

Back in April, Ahrendts was also named an honorary Dame of the British Empire. Her award was handed over by U.K. business secretary Vince Cable and it was sanctioned by Queen Elizabeth II.

See also: Apple Stock Gaining Momentum Ahead Of WWDC, Busy Fall Season, You&Me Is A Fun And Fresh New Take On Messaging With Your Other Half, and AppAdvice App Of The Week For May 5, 2014. 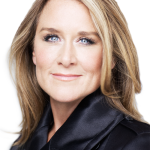 The Angela Ahrendts Era Has Begun At Apple
Nothing found :(
Try something else