Microsoft has been developing its own smart watch product for some time, however a recent report notes that the wearable device – which could launch as early as this summer – will be compatible with Windows Phone, Android, and iOS devices.

The device will draw on optical engineering expertise from Microsoft’s Xbox Kinect division to continuously measure heart rate through the day and night, according to multiple sources with knowledge of the company’s plans, while the battery will last for two days, roughly on par with Samsung’s Gear Fit.

Most surprising, however, is the report's claim that Microsoft's rumored smart watch will be compatible with both Android and iOS devices, as well as with Microsoft's own Windows Phone platform.

Given Windows Phone's meagre share of the global smartphone market, this is a wise move: compared with Android's 80.2 percent and Apple's 14.8 percent, Microsoft presently holds a share of just 3.5 percent. As such, launching a smart watch that is compatible with the Windows Phone platform only would severely limit the product's potential to succeed.

Optical engineers from Microsoft’s Kinect division, designers and data scientists have created a software platform to go with the smartwatch that will correlate data from the device’s sensors, according to sources, giving a more accurate read on heart rate and fitness.

Microsoft is aiming for a summer launch for its smart watch, Forbes notes, and as such it may not be long until we hear more concerning the product.

Apple, on the other hand, is still said to be aiming for a late 2014 launch for its own smart watch. We'll keep you updated with further information as we receive it.

In the meantime, see: Anti-Google Search Engine Alternative DuckDuckGo Updates Official iOS App, Is This The Back Cover For Apple's Bigger, 4.7-Inch iPhone 6?, and Acompli Email And Calendar App Gains iCloud Support And Other Improvements. 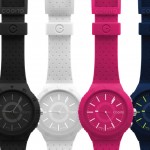 Why Apple Needs To Buy Beats Audio Or 'Organically' Build Its Own Streaming Music Service
Nothing found :(
Try something else