The Music app, Apple's iOS application for handling music stored locally on an iOS device, comes with its share of drawbacks. One sees a “Complete my album” interface appear alongside tracks purchased on the iTunes Store. Fortunately, however, a recently released jailbreak tweak can banish this button forever.

Developed following a request made at Reddit, the new jailbreak tweak, Complete Me Not, can be downloaded on the Cydia Store free of charge.

It's a package that's as simple as it is effective: once installed, the “Complete my album” button and interface will no longer plague users of Apple's iOS Music app. Instead, you'll be able to enjoy your individual tracks without feeling pressured into making a full album purchase. Bliss, right?

Being a simple jailbreak tweak, Complete Me Not includes no options which need configuring – save for a single button that enables and disables the package. It does require iOS 7, however, though this shouldn't be a problem provided users are running iOS 7.0.x on their iPhone, iPad, or iPod touch and have jailbroken the software.

Of course, this isn't the first Music app-enhancing jailbreak tweak we've heard about. Gesture Music Controls, a package we discussed back in February, allows jailbreakers to control the Music application using a series of preconfigured gestures.

If, on the other hand, you're looking to make one small, specific change to the Music app – that is, banishing the “Complete my album” button entirely – then Complete Me Not is the package for you.

As mentioned, it can be downloaded on the Cydia Store free of charge. 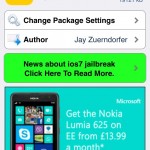 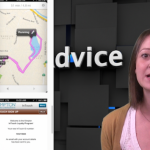