OkSiri, a recent addition to the Cydia Store, allows jailbreakers to have their favorite personal assistant listen out for its user's call. You can download the Android-inspired package free of charge on the Cydia Store, and it's optimized for iOS 7 and ARM64-devices.

Borrowing from Android's “Okay Google” functionality, OkSiri actually works alongside Activator in order to port the feature over to iOS. Both packages can be downloaded for free; once installed, users will need to assign an action to OkSiri, and performing this action will have OkSiri listen out for a preconfigured keyword.

Naturally, one likely keyword for the package would be “Okay Siri,” though a text field allows users to set anything they like. “Oy, Siri!” and “Wake up” are both viable alternatives; from here, speaking your chosen keyword should have Siri activate.

Ryan Petrich's (@rpetrich) Activator is definitely a package worth installing on your iPhone, even if you don't plan on taking advantage of OkSiri. The jailbreak tweak allows users to set actions to gestures from inside of a dedicated iOS app, and a growing number of other packages (including Knock and App Activate Pro) have expanded on Activator's already-impressive feature set in a number of different ways.

As mentioned, OkSiri can be downloaded on the Cydia Store free of charge.

For some of our other favorite new jailbreak tweaks, check our coverage of TypeRead, Bulb, SearchSettings, and WallCycler. 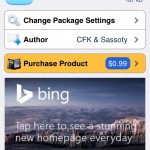 Cydia Tweak: TypeRead Sends Read Receipts Only When You Start Typing Back 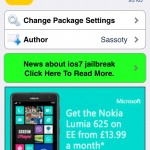 Cydia Tweak: Bulb Is A Handy Status Bar Indicator For The LED Flashlight
Nothing found :(
Try something else