You are using an outdated browser. Please upgrade your browser to improve your experience.
by Aldrin Calimlim
June 13, 2014
Apple has just held the grand opening of its newest retail store in Japan, located in Omotesando, Tokyo. And as noted by 9to5Mac, in attendance to join the staff in greeting the long lines of first customers is Angela Ahrendts, the company's recently appointed SVP of Retail and Online Stores. Just yesterday, Apple shared a behind-the-scenes video of its preparations for the store's opening. Check it out: If you can't see the video embedded above, please click here. Located in the Zelkova tree-lined avenue of Omotesando, the new retail store is noted for the eco-friendly efforts put into its construction by Apple. These have led, for example, to the store's having a novel curtain for its sun-facing glass wall, which is made out of vines and leaves. Small wonder then that the T-shirts given by Apple to the store's first customers feature a green leaf design. Take a look:

Aside from its new Omotesando store, Apple has two other retail stores in Tokyo and five others across Japan. See also: Apple Stores Are Now 13 Years Young, Most Profitable Retail Space In The World, Apple Overtakes Staples, Grabs The No. 2 Position In Online Retail, and Apple's New SVP Angela Ahrendts Receives A $68 Million Signing Bonus. 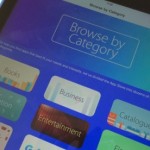 Apple Brings More Human Curation To App Stores In Europe
Nothing found :(
Try something else