You are using an outdated browser. Please upgrade your browser to improve your experience.
by Aldrin Calimlim
June 17, 2014
As the new SVP of Retail and Online Stores of Apple, Angela Ahrendts is planning a major restructuring of the company's retail stores, according to 9to5Mac. At the moment, Apple retail stores are grouped into geographical regions. But as part of Ahrendts plan, stores will intead be grouped based on sales volumes:

Ahrendts, say sources briefed on the plans, is aiming to restructure stores based on sales volumes. This means that stores will now be grouped by how much of certain products they sell. This will heighten customer satisfaction and streamline Apple retail operations as now similar stores will have similar leadership and similar promotions. This move is not designed to institute John Browett-likely sales targets, but it is planned to create even more tailored experiences to individual stores.

This is in line with Ahrendts' remark in her first memo sent to Apple's retail staff earlier this month. "Although technology is rapidly changing how customers shop," she said, "they will still want to feel surprised and delighted by the personalized Apple experience we provide at every turn." Since her official appointment last May 1, Ahrendts has already moved several retail executives to other roles to streamline operations. She has also shared her plans in favor of a revamped end-to-end Apple store sales experience, Apple's foray into mobile payments, and a greater emphasis on the Chinese market. Ahrendts is set to oversee the opening of 20 more Apple stores in China through 2016, as well as a new store in Italy and new stores in several locations in the U.S. opening later this year or early next year. Just last week, Ahrendts (as pictured above) went to Japan to attend the grand opening of Apple's new store in Omotesando, Tokyo. See also: Apple Stores Are Now 13 Years Young, Most Profitable Retail Space In The World, Apple Overtakes Staples, Grabs The No. 2 Position In Online Retail, and Apple’s New SVP Angela Ahrendts Receives A $68 Million Signing Bonus. 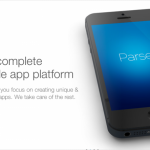 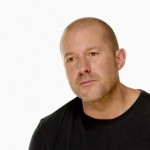 Apple's Jony Ive Talks About New Materials, Tim Cook And More In NYT Interview
Nothing found :(
Try something else