You are using an outdated browser. Please upgrade your browser to improve your experience.
by Joe White
June 11, 2014
Apple is planning on refreshing its line of iMac computers, however don't get too excited. Instead of bringing a long-awaited Retina display to the desktop computer, the refresh will instead add improved specifications to the product. According to MacGeneration, the same sources which correctly predicted April's MacBook Air refresh are now claiming that Apple's iMac is set to receive a spec boost, too. The refresh will see the iMac receive faster processors and lower price-points, and possibly even Thunderbolt 2 ports, but no Retina display. Of course, the news comes despite the fact that an iMac with Retina display computer is explicitly referenced in OS X 10.10 Yosemite. As we explained earlier this month, "according to the developer preview of OS X 10.10 Yosemite, Cupertino’s iMac desktop computer could be the next Apple device to receive an ultra-high resolution display." This is because a file that defines Retina scaling resolutions for a device referred to as "iMac" was discovered soon after Yosemite reached registered developers. Much like the Retina-equipped iMac, a MacBook Air with Retina display -- which has also previously been rumored -- has yet to hit the market. Perhaps we'll hear more later this year when Apple unveils its next-generation hardware. In the meantime, see: Progress On Apple’s Futuristic Spaceship-Like ‘Campus 2’ Continues, Ahead Of World Cup Kick-Off, Apple Adds A ‘Soccer Fever’ Section To The App Store, and Experience Oceanhorn At Its Best With Its Upcoming ‘Game Of The Year Edition’ Update. 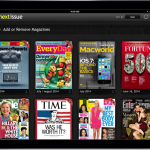 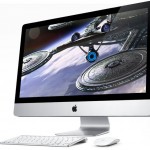 Retina-Equipped iMac Referenced In OS X 10.10 Yosemite
Nothing found :(
Try something else