You are using an outdated browser. Please upgrade your browser to improve your experience.
by Aldrin Calimlim
June 4, 2014
While many users and developers have been generally approving of the new features introduced in iOS 8, an Australian health software startup called HealthKit is not so pleased about Apple's new health-focused suite of the same name. As reported by Wired, the startup owns both the domain name and the Twitter handle for "HealthKit":

"It is very flattering that they like our name, but I’m a little let down because how hard would it have been to spend five seconds to put HealthKit.com into their browser and find us?" Alison Hardacre, co-founder and managing director of HealthKit told WIRED. "Everybody worries that Google or Apple will come into their space and their business will die, but no one thinks that company will come into that space and use the same name!"

Feeling annoyed #Apple is using our #HealthKit name for their new health product! @tim_cook r u aware of this? @healthystartups #rockhealth

Before it was unveiled by Apple at its WWDC 2014 keynote, HealthKit was reported to have been called "HealthBook." Presumably, because of the early leaks, Apple changed the name at the last minute, with not enough time for the company to secure digital domains and handles related to "HealthKit." However, "HealthKit" was one of the health-related trademarks that were recently reported to have been applied for by Apple four months ago. Aside from HealthKit, Apple also introduced HomeKit, its new "smart home" software kit. So far, no company has contested Apple's use of the "HomeKit" name. But as noted by Wired, Homekit.com points to a gift idea website, while @homekit on Twitter is taken but inactive. 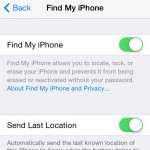