You are using an outdated browser. Please upgrade your browser to improve your experience.
by Joe White
June 6, 2014
Apple's HealthKit (and Health app) indeed promises an all-in-one location for health and fitness-related iOS accessories and their companion information. However, according to a recent report, the platform is also capable of natively supporting certain Bluetooth accessories, eradicating the need for a third-party iOS app to be developed by the accessory's manufacturer. The news comes from 9to5mac, which explains that native support is offered for "heart rate and blood pressure monitors, glucose sensors, and health thermometers." Through using official Bluetooth low energy (LE) standards Cupertino is able to have these accessories auto-connect to an iPhone, iPad, or iPod touch, meaning manufacturers won't need to worry about maintaining a connection through their own on-board software. As 9to5mac adds:

Not only will HealthKit automatically establish a connection with devices in range, it will also handle gathering data, saving it in the Health app and notifying other apps that might want to access the data via the HealthKit API.

This is definitely significant news both for manufacturers and end-users like ourselves. Ultimately, it'll result in iOS device owners benefiting from a less complex, more enjoyable experience when it comes to monitoring their health using a smartphone or tablet. Setting up the accessory and collecting data should both be less troublesome. If a health accessory doesn't fall into one of the above categories, 9to5mac adds that a companion app will still be needed in order to "implement the HealthKit API." For fans of home automation, a similar HomeKit API also promises a more unified experience for owners of an iPhone or iPad. See also: Apple To Offer Users A Complete List Of MFi Controller-Compatible Games, Chillingo Challenges You To Go Beyond The Depths In Scuba Diver Adventures, and Ride The Zombie T-Rex In Halfbrick’s Age Of Zombies, Now With Controller Support. 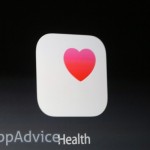 Apple Focuses On Health In iOS 8 With HealthKit
Nothing found :(
Try something else