You are using an outdated browser. Please upgrade your browser to improve your experience.
by Joe White
June 23, 2014

The news reached us in an article from PocketGamer, which spoke with developer Double Stallion Games recently. According to the developer, iOS gamers “wanted to get to the core fighting gameplay without resorting to minor time delays and inconveniences” – that is, limitations which were imposed by Big Action Mega Fight!’s “freemium” nature.

As such, the smart answer to this solution was for Double Stallion Games to release a brand new premium version of Big Action Mega Fight!: for an up-front price, gamers will instead be able to enjoy a brawler experience on iOS that features no in-app purchases (IAPs), mobiles ads, or complex in-game currencies.

The developer added that “the entire game’s progression has been revamped to eliminate any possibility of grind or tedium,” according to PocketGamer, which also notes:

Besides the above changes, the revamped version of the game will also bring new levels, additional enemies, and support for MFi (Made for iPhone) gamepads along with enhanced touch controls, a character upgrade system, and a new combat system, the website explains.

Big Action Mega Fight! will be available to download for $1.99 once it launches on the App Store later this week.

PocketGamer also notes that the above pricing will be valid from June 25 to July 1, after which point the game will retail for $2.99. As before, it’ll be optimized for the iPhone, iPad, and iPod touch. 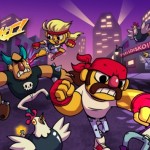 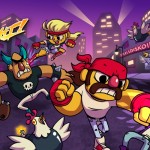