You are using an outdated browser. Please upgrade your browser to improve your experience.
by Bryan M. Wolfe
June 13, 2014
Apple’s new HealthKit framework is about to get a huge, if not surprising, competitor. Later this month, Google is planning to launch a new health service called Google Fit, which will collect and aggregate data from popular fitness tracker and health-related apps. The service will launch at the Google I/O conference for developers beginning June 25, according to Forbes. According to the report:

Google Fit will aggregate data through open APIs, instruction sets that allow apps to share information, and will also announce partnerships with wearable device makers at its I/O conference, Forbes understands. One source with knowledge of Google’s plans said Google Fit would allow a wearable device that measures data like steps or heart rate to interface with Google’s cloud-based services, and become part of the Google Fit ecosystem.

This isn’t the first time Google has attempted to create a health-based service. Launched in 2008, Google Health allowed users to volunteer their health records, which could be shared with healthcare professionals. The service was shut down in 2011. The introduction of Google Fit comes just three months after Google unveiled an Android-based SDK for wearable devices. Among the consumer electronics manufacturers likely to use the new tool are Asus, HTC, LG, Motorola, and Samsung; chip makers Broadcom, Imagination, Intel, Mediatek and Qualcomm, as well as fashion brands like the Fossil Group. Many of those same companies may also embrace Google Fit. Announced at the Worldwide Developers Conference earlier this month, HealthKit is the backbone of the new Health app in iOS 8. With it, users will be able to share their personal data with third-party apps. Data collected may include key vitals such as weight, heart rate, sleep, and nutrition. It may also go beyond the basics, and include things like blood pressure, hydration, blood sugar, respiratory rate, and oxygen saturation. The Health app is expected to work with Apple's long-rumored "iWatch" device. For more information, see: Developers Can Now Integrate Google Wallet Instant Buy Into Their Apps, Google Reportedly Eyeing Home Security As It Considers Acquiring Dropcam, and Apple's Meeting With The FDA Provides Further Evidence The 'iWatch' Is Coming. 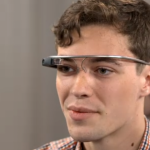 The Daily Show Blasts Google Glass And Its Users 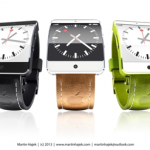 Analyst: Apple Could Sell 33.5 Million 'iWatches' During The First Year
Nothing found :(
Try something else