You are using an outdated browser. Please upgrade your browser to improve your experience.
by Joe White
June 6, 2014
Also new in iOS 8 is a smart prompt that alerts iOS device owners when an app has been monitoring their location in the background. The pop-up notification also allows users to choose whether they'd like to allow the app to continue accessing their location, or if they'd like to disable background location monitoring for the application in question. First reported by MacRumors, the change (pictured above) has appeared in the first beta version of iOS 8, which is available now for registered iOS developers. It's one of several location-based changes made in the eighth iteration of Cupertino's mobile OS. These include useful location-sharing which can be initiated from inside the iOS 8 Messages app. As we explained a couple of days ago, users can share their location with a contact either for an hour, for the current day, or indefinitely; a Maps app screenshot can then be accessed showing the contact's location. Apple has also provided location-based access to apps from the iOS Lock screen, and a "Send last location" feature makes it easier for users of Find My iPhone (and Find My iPad) to recover a lost iOS device. Cupertino has faced controversy surrounding iOS location access in the past, and as such we're pleased to see the above feature appear in iOS 8. As mentioned, iOS 8 beta 1 is available now for developers, and it should launch publicly this fall. 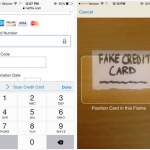 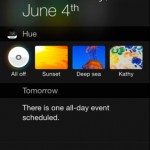 Philips Posts Concept Of A Hue Notification Center Widget In iOS 8
Nothing found :(
Try something else