Pangu, the iOS 7.1.x jailbreak solution that launched for Windows earlier this month, has received an update bringing support for Mac computers.

You can download the updated software at en.pangu.io, and for Mac users the jailbreak solution requires a machine running OS X 10.8 or above. It’s compatible with the iPhone, iPad, and iPod touch, and supports iOS 7.1 and iOS 7.1.1; the software also usefully provides an untethered solution (meaning users won’t need to tether their iOS device to a PC or Mac each time it reboots).

Besides support for Mac computers, a number of further changes have been made in Pangu 1.1.0. These include:

As we explained previously, it’s worth stressing that many popular jailbreak tweaks and apps are not yet compatible with iOS 7.1.x, and as such updating and re-jailbreaking using Pangu may not be a wise move.

That being said, the software nevertheless appears to work as advertised; this most recent update also means several of the quirks reported in version 1.0.0 of Pangu should also have been ironed out.

For more information on the jailbreak solution, including the option of downloading Pangu 1.1.0, click this link. 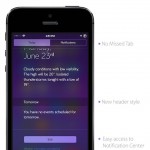 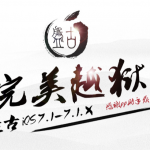 You Can Now Jailbreak iOS 7.1, iOS 7.1.1 Using The Pangu Jailbreak Tool
Nothing found :(
Try something else