We knew iOS 7.1.x could be jailbroken, and now one hacker has released a new public jailbreak solution for iOS device owners running this version of Apple’s mobile operating system. Called Pangu, the software is available for Windows users only and is compatible with both iOS 7.1 and iOS 7.1.1.

Best of all, Pangu offers users an untethered solution, and according to early reports from members of the jailbreak community it doesn’t “have ‘spyware’ or malicious trails” – though it does unfortunately ship with a piracy store (which we’d advise jailbreakers to avoid).

The other downside to the software is that it’s indeed available for the Windows platform only as of this writing; while an OS X version is advertised at the Pangu website, it’s not currently available to download.

Plus, being the first iteration of a new jailbreak tool, it’s worth stressing that Pangu does come with its share of bugs and quirks. Of course, many popular packages aren’t compatible with iOS 7.1.x, either, meaning updating to the software and re-jailbreaking using Pangu could kill off some of your favorite tweaks.

It would be best for jailbreakers to exercise a bit of caution when it comes to Pangu – at least until we’ve learned more about the software. Though early reports have indicated that the jailbreak largely works as advertised.

For those interested in taking a closer look, Pangu is available to download now from Pangu.io, and as mentioned, it’s available for the Windows platform only. 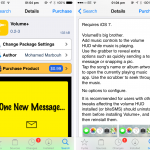 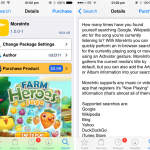 Cydia Tweak: How To Perform Quick Media Searches On Your iOS Device
Nothing found :(
Try something else