We’re expecting the app to launch for mobile devices (as well as for the PC) in July this year, however little information – save for an impressive gameplay video – has surfaced online.

As TouchArcade explains, the app looks to be “a roguelike space shooter, where new solar systems can be explored, with missions to complete to progress.” The game also features an exciting, fast-paced combat mode that should keep iOS device owners on their toes.

Take a look at the game’s recently published gameplay video and see what you think:

As mentioned, we’re hoping to see Space Colors launch on iOS in July or soon after. We’ll keep you updated with further information on the title as we receive it.

In the meantime, for some of the App Store’s recent releases, take a look at our coverage of The Weather Channel App, Storm Casters, Paperama, and The Battle of El Alamein. 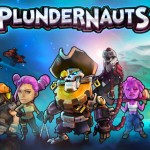 Plunder Away! PlunderNauts Gets A New Galaxy, New Bosses And Lots More 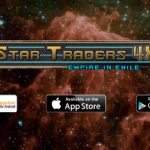 Trese Brothers' Star Traders 4X Empires Has Left Its Space Dock For The App Store
Nothing found :(
Try something else