Apple might have killed off the evasi0n7 jailbreak in iOS 7.1, but the famous iOS hacker (and incoming Apple employee) winocm has managed to successfully jailbreak an iOS 7.1-powered iPhone 4 handset.

Details are far and few between as of this writing, but we do know that winocm (@winocm) performed the jailbreak on an iPhone 4 handset running iOS 7.1, and that he achieved an untethered solution.

The hacker shared the news in a recent Twitter update, in which he simply wrote: “iOS 7.1 untethered boot.” He also included a YouTube video showing off the jailbreak in action:

This is definitely promising news for jailbreakers presently avoiding iOS 7.1, but it doesn’t necessarily indicate that a jailbreak solution for Apple’s updated mobile OS is going to surface in the near future.

As a reminder, winocm spent some time developing and perfecting a jailbreak solution for iOS 6.1.3-powered devices last year, and its release came many months after the hacker first showed the solution off in a similar video.

Instead, for now jailbreakers can merely rest assured that it is possible to jailbreak iOS 7.1. Hopefully we’ll be able to share more news concerning the solution’s development in the near future.

In the meantime, those of you looking to bring iOS 7.1 to your iOS 7.0.x-powered devices should consider downloading Gregorian. The package, developed by Ryan Petrich (@rpetrich), ports the iOS 7.1 Calendar app over to pre-iOS 7.1 devices.

The refreshed iOS 7.1 Calendar application allows users to check on a list of upcoming events displayed across multiple months on a single page, and it provides a far easier way of gaining at-a-glance information on your upcoming appointments. 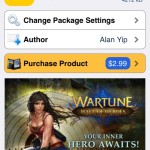 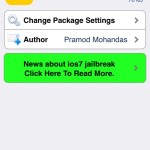 Cydia Tweak: MailUnlimitedPhotos Lifts The 5 Photo Email Limit On iOS
Nothing found :(
Try something else