You are using an outdated browser. Please upgrade your browser to improve your experience.
by Aldrin Calimlim
July 24, 2014
Apple has just announced on its official Chinese website that it's set to officially open its new retail store in Wuxi, China, early next month. As noted by MacRumors, the company is scheduled to hold the grand opening of the new store on Saturday, Aug. 2, at 10 a.m. local time. The new retail outlet is located at Center 66, the largest shopping mall in Wuxi, a city on the Grand Canal in Jiangsu province, in eastern China. The soon-to-open store is already the 12th Apple retail store in China. It joins the four outlets in Shanghai, another four in Beijing, one in Chengdu, one in Shenzhen, and the upcoming one in Chongqing, which is scheduled to open on Saturday, July 26. More new stores are reportedly planned to be launched by Apple in China, including new locations in Central Hangzhou, East Hangzhou, East Chengdu, and Shenyang. They form part of Apple's ongoing retail expansion around the world, which is, of course, spearheaded by Apple senior vice president Angela Ahrendts. See also: Preorders for Apple's 'iPhone 6' are now being offered by online sellers in China and Apple responds to China's state broadcaster on location tracking allegations. 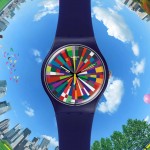 Apple reportedly working with Swatch and other partner manufacturers for 'iWatch' 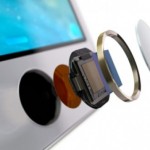 Could Apple finally be ready to unveil its mobile payment service?
Nothing found :(
Try something else