You are using an outdated browser. Please upgrade your browser to improve your experience.
by Aldrin Calimlim
July 21, 2014
Apple is scheduled to hold the grand opening of its latest retail store in China next weekend. As noted by 9to5Mac, Apple has announced on its retail website that it's set to officially open its new store in Chongqing on Saturday, July 26, at 10 a.m. local time. Apple's 11th store in China, the soon-to-open establishment is located at the sprawling Paradise Walk mall in the Jiangbei District of the former Chinese capital. As reported last month, the new store is constructed using a glass cylinder entryway first used by Apple in its store in Pudong, Shanghai. Apple was granted a patent for the entryway's design in October last year. The opening of Apple's new Chongqing store will come just a week after the inauguration of Apple's new venue in Beavercreek, Ohio, just yesterday. And just last week, Apple opened its new store in Basel, Switzerland — its latest store in Europe following the launch of its 101st store, located in Madrid, Spain, and to be followed by the opening of new outlets in Edinburgh, Scotland, and Hanover, Germany, in August and September, respectively. These new and upcoming stores are part of Apple's sustained retail expansion under the supervision of Apple senior vice president Angela Ahrendts. The expansion notably focuses on China with more new stores in the country planned to be launched in Central Hangzhou, East Hangzhou, East Chengdu, and Shenyang. 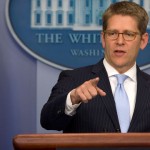 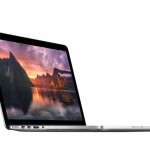 Apple might delay launch of rumored 12-inch Retina MacBook until early 2015
Nothing found :(
Try something else