Acute is a useful new jailbreak tweak that makes it possible for jailbreakers to speak more complex voice commands to their iPhone handset.

You can pick up the package for $3.00 right now on the Cydia Store, and it’s optimized for iOS 7. The idea behind Acute is that it allows jailbreakers to assign voice commands to preconfigured actions. Usefully, the package supports Activator, too, making it possible for users to perform a wide-ranging number of tasks using a series of different words or phrases.

Configuration takes place in the Settings app, and here Acute offers a calibration mode which is designed to help the jailbreak tweak become accustomed to your voice. After the calibration has taken place, users can then begin assigning actions to Acute.

First up, you’ll need to decide on an Activator gesture which activates Acute’s listening process. From here, you can start linking words or phrases with individual Activator actions.

You can type keywords into Acute’s preferences page, and in theory the jailbreak tweak should then recognize the word when it’s spoken. Feedback appears on the status bar after keywords have been recognized, and during the listening process a sound wave-style icon will appear in the top-right of your iPhone’s screen.

There’s also a “Use Math” toggle in Acute’s preferences, and this allows jailbreakers to have the package listen out for calculations. However, as the developer explains in the package’s release notes, this feature takes some time to load and as such, it’d probably be quicker to have Siri perform your calculation instead.

Besides its Activator support, Acute does come with a bunch of preconfigured phrases, and these make it easy to navigate Apple’s iOS using voice commands. “Home,” “Unlock,” and “Power Down” all feature in the jailbreak tweak.

Even with its troublesome “Use Math” mode, Acute looks to be worth its $3.00 price tag. As mentioned, you can grab the jailbreak tweak now on the Cydia Store, and it’s optimized for iOS 7. 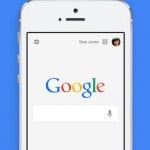 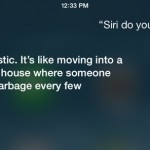 Siri Offers Some Funny Quips Concerning iOS 8, WWDC
Nothing found :(
Try something else