You are using an outdated browser. Please upgrade your browser to improve your experience.
by Joe White
July 22, 2014
There’s no doubt Apple’s Siri has improved over the years, but according to a recent report, it’s still being outperformed by Google’s own Google Now voice search feature on Android-powered handsets. The news comes in a research note published by Piper Jaffray’s Gene Munster (via AppleInsider), which shares the results of a side-by-side comparison of Siri and Google Now. Siri is now correctly interpreting questions 96 percent of the time, Munster noted, and this is up eight percent compared with tests undertaken in December 2012. Though, as AppleInsider highlights, “when Siri heard the question correctly, it still provided the wrong answer 16 percent of the time.” Munster also included the below chart, which outlines some of the differences between Siri and Google Now: AppleInsider added:

In terms of improvements that Apple could make, Munster noted that Siri does not sort search results by price or hours of availability. Google Now, however, gives users the ability to filter results based on price, location, rating and hours.

Siri is offering iOS developers funny quips concerning iOS 8 and WWDC, however. Can we really ask for more? Additional data from Munster’s side-by-side test is included in the gallery below. See also: Hail to the King: Deathbat is a hard rock RPG from Avenged Sevenfold, Numerous personal dashboard app updated with Nest support and other improvements, and Volume trigger returns as self-timer and torch improvements arrive in ProCamera 7 update. [gallery columns="2" ids="561908,561907"] 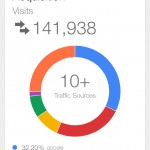 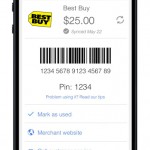 Upcoming Google Wallet update will allow users to manage their gift cards
Nothing found :(
Try something else