You are using an outdated browser. Please upgrade your browser to improve your experience.
by Aldrin Calimlim
July 16, 2014
The Sandbox, the popular sandbox game developed by Pixowl, has just entered another new campaign with the release of its latest update. Actually, the "new" campaign is a returning one: the Sandmix. The Sandbox's Sandmix Vol. 2 campaign lets you, once again, play new nine exclusive levels of mixed types based on the last Humans abilities. The Sandmix Vol. 2 campaign also lets you enhance your crafted worlds by accessing the five special Humans buildings from the Elements menu: Bakery, Restaurent, Space Colony, Jewelry, and Tree House. The new campaign also invites you to play the best mini-games created by other players. These can be accessed in the Online Gallery via the new Top Games button. Take a look at the trailer for the update: If you can't see the video embedded above, please click here. The latest update to The Sandbox also brings the following improvements: Compatible with iPhone, iPod touch, and iPad running iOS 5.0 or later, The Sandbox is available on the App Store for free. The Sandbox was previously updated a month ago with a new Country Life campaign. See also: Highly anticipated Minecraft - Pocket Edition update with infinite worlds out now on iOS. 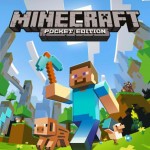