A couple of orders concerning the first court trial between Apple and Samsung in California have just been issued by U.S. District Judge Lucy Koh, as reported by AppleInsider.

The more significant of the two orders effectively denies the Cupertino-based company’s appeal to reclaim $16 million in legal fees, which it incurred in the landmark patent infringement lawsuit it ultimately won against the Korean tech corporation. The denial comes as a result of Apple’s apparent failure to prove that the case was “exceptional”:

In its discretion, based on the Court’s evaluation of the totality of the circumstances, the Court concludes that this is not an exceptional case that “stands out from others with respect to the substantive strength of a party’s litigating position.” [...] Rather, Samsung raised several reasonable defenses to Apple’s trade dress dilution claims, establishing that Samsung “might have reasonably thought that its proposed usage was not barred by the statute.”

As for the other court order, it has been issued so as to release the $2.6 million bond posted by Apple in 2012 to block the sale of the Samsung Galaxy Tab 10.1.

The new court orders arrive just a couple of weeks after Apple and Samsung announced that they had agreed to end all patent lawsuits they’d filed against each other outside the U.S. 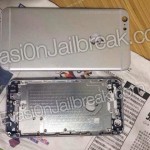 A new report says Apple's next-generation iPad Air will feature 2GB of RAM
Nothing found :(
Try something else