If you’re really impatient, and want to use a reversible USB plug Lightning cable right now, we’ve got some good news. You can purchase a cable with the handy feature from accessory maker Truffol now.

The cord is available in white, and will set you back $9.99. More than likely it isn’t Apple-certified, so buyer beware on that front. It is 1-meter long, the same length as Apple’s own Lightning cable.

It can also support 2.4 amps of charging, which will juice up an iPad Air at full speed.

With a reversible USB connector, users will be able to insert the plug into any computer or other device without having to worry about the correct orientation. The cable will apparently work with any existing USB port.

One week ago, the first images leaked suggesting that the next-generation iPhone will ship with a similar Lightning cable with a reversible USB connector. Prolific leaker Sonny Dickson then took to Twitter on Monday with even more images of the cable.

The “iPhone 6″ is expected to be announced at a special media event on Tuesday, Sept. 9.

For other recent news, see: Android fragmentation runs amok, while 91 percent now use iOS 7, A Samsung Galaxy S 5 takes the ALS ice bucket challenge, mocks the iPhone 5s, and Apple may be forced to delay the launch of the ‘iPhone 6.’ 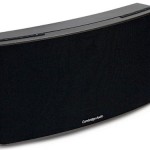 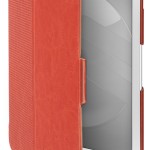 Thin is definitely in with the new B’Spoke case for the iPad Air from SwitchEasy
Nothing found :(
Try something else