You are using an outdated browser. Please upgrade your browser to improve your experience.
by Aldrin Calimlim
August 13, 2014
Facebook has just issued a minor update to its main iOS app. Ostensibly, the update brings nothing more than "bug fixes." But as noted by AllFacebook, the social network's engineers claim that it actually reduces the app's crash rate by as much as 50 percent. At the beginning of this month, Facebook updated the app to version 13.0, saying that it had resolved to update Facebook for iOS with improvements every four weeks. But now, less than two weeks later, Facebook for iOS has already received another update, which brings the app to version 13.1. As mentioned, the update is said to cut the app's crash rate in half. This improvement is made possible by months of brainstorming and fundamental computer programming, according to Facebook's engineers. In a new post on Facebook's Engineering Blog, the update is revealed to fix an oft-reported crash that manifested in Apple's Core Data system. After a series of failed attempts at pinpointing the root of the crash, Facebook's team of engineers ultimately abandoned its manual approach to analyzing code and successfully discovered the issue:

We worked with the networking team and fixed this issue within hours. This fix cut the Facebook iOS app crash rate in half and put a longstanding problem to rest. It turns out that abandoning manual code analysis was a good strategy. The bug surfaced with existing code that was exercised more as we ramped up default secure connections for all our users. 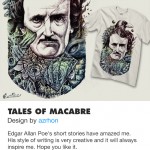 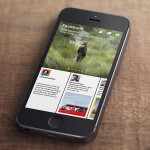 Facebook updates Paper with a sharpened design and more
Nothing found :(
Try something else