Want to get a bird’s eye view or, rather, a drone’s eye view of Apple’s in-development “Campus 2″? If yes, you’re in luck, because that’s exactly what a recently posted YouTube video offers.

Shot with a DJI Phantom 2 equipped with a GoPro Hero3+, the eight-and-a-half-minute video (via 9to5Mac) provides an expansive and multiple-angle aerial view of the construction of Apple’s spaceship-like three-story building. Take a look:

If you can’t see the video above, please click here.

Apparently, Apple has made significant progress on its new campus over the past couple of months, during which walls were first erected around the construction area and concrete foundation was poured to form the base of the building.

The new campus was first unveiled by Apple co-founder and then-CEO Steve Jobs in 2011, and it gained final approval from the City of Cupertino in November 2013. Once complete (in late–2016), it’ll feature a 120,000 square foot auditorium and will host Cupertino’s WWDC keynote alongside its iPhone event, iPad event, and any further special events Apple wishes to hold.

The construction of Apple’s Campus 2 first became visible from the air early last May.

Of course, we’ll continue to update you with further information about Apple’s building in progress. 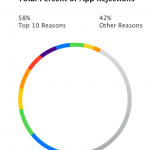 Apple's 'iWatch' could be a high-end wearable device with a $400 price tag
Nothing found :(
Try something else