The parade of “iPhone 6” leaks continues. The latest is a photo that purportedly shows complete logic board assemblies for the long-rumored device. It comes courtesy of Taiwan’s AppleClub blog (via 9to5Mac).

As 9to5Mac notes “we don’t learn anything new (from the photo) beyond the flash memory chip middle-left appearing to be made by Toshiba …” Also, it appears “The A8 chip would be beneath the shielding on the right, just above the SIM slot.”

In recent days, new images have leaked purportedly showing parts for the next iPhone. They suggest the new device could have a protruding camera, embedded logo, and more.

Apple is likely to announce its next handset on Tuesday, Sept. 9. Current reports say Apple will introduce an iPhone 6 with both a 4.7-inch and 5.5-inch screen.

On Thursday, DigiTimes said Pegatron has landed 50 percent of the orders for the 4.7-inch model. The other 50 percent will be handled by Foxconn.

As Aldrin Calimlim noted, last May, Pegatron’s production share for the 4.7-inch iPhone 6 was reported to be as little as 15 percent. Then, in June, it was pegged at 30 percent, with the other 70 percent said to be handled by Foxconn. 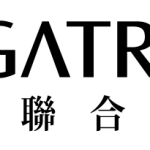 Pegatron contracted by Apple to handle 50 percent of 4.7-inch 'iPhone 6' production
Nothing found :(
Try something else