Apple CEO Tim Cook has spoken up for the first time about the recent nude celebrity photo hacking incident that have been largely blamed on alleged flaws in the security of iCloud.

In an interview with The Wall Street Journal, Cook said that the private photos of the victimized celebrities, who most notably include Jennifer Lawrence, were obtained through password-guessing schemes or phishing scams perpetrated by hackers on their iCloud accounts. He pointed out, however, that none of the Apple IDs and passwords from Apple’s servers leaked during the incident.

To counter future instances of such attacks, Apple will, according to Cook, begin alerting users via email and push notifications of iCloud data restoration to new devices, in addition to account password changes and first-time logins on new devices.

Cook added that Apple will also update its two-step verification system, which requires additional authentication via another authorized device, to also cover access to iCloud accounts from a mobile device, as part of the launch of iOS 8 later this month.

Cook also touted Touch ID, the fingerprint-scanning technology that was introduced last year on the iPhone 5s, as one of the key indicators of Apple’s commitment to user privacy and security.

Cook admitted, though, that “Apple could have done more to make people aware of the dangers of hackers trying to target their accounts or the importance of creating stronger and safer passwords”:

“When I step back from this terrible scenario that happened and say what more could we have done, I think about the awareness piece,” he said. “I think we have a responsibility to ratchet that up. That’s not really an engineering thing.”

At the moment, Apple is working with law enforcement to help investigate the issue and bring the perpetrators to justice. 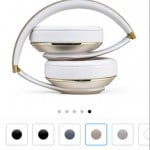 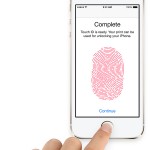 Apple has negotiated some big transaction fee discounts for its mobile payment service
Nothing found :(
Try something else