The company’s new flagship smartphones were released on Sept. 19 in the U.S. and a number of other countries. But their initial launch most notably excluded China, which is Apple’s biggest market.

As it turned out, the holdup was caused by Apple’s failure to promptly secure the necessary licenses from China’s Ministry of Industry and Information Technology (MIIT). But now, the communications regulatory agency has granted approval for the sale of the new devices in China and for their use on the country’s wireless networks. Sorry, Chinese black marketers!

As reported by Reuters, the approval comes “after Apple addressed potential security risks that could allow personal data to leak”:

The MIIT said it had conducted “rigorous security testing” on the iPhone 6, and that it had held talks with Apple on the issue. Apple also shared with the ministry materials related to the potential security issues, which it said were related to diagnostic tools, the statement said.

It can be recalled that a state-run broadcaster in China reported in July that Apple’s location-tracking function in iOS was a “national security concern.” Apple then responded with a message on the Chinese version of its website saying that it had been taking user privacy very seriously and had never worked with any government agency from any country to spy on its customers.

Although it’s probably not far off, a definite release date for the iPhone 6 and the iPhone 6 Plus in China is yet to be announced by Apple. But according to a recently leaked internal memo from a Chinese retail store, it’s scheduled for Friday, Oct. 10.

Following their initial launch on Sept. 19, the iPhone 6 and the iPhone 6 Plus were released across a second group of countries on Sept. 26. 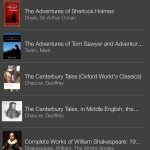 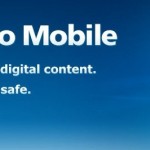 British carrier O2 is letting customers purchase iTunes credit and charge it to their bill
Nothing found :(
Try something else