Apple’s CarPlay technology has finally arrived on a commercially available vehicle, the Ferrari FF, which starts at a mere $300,000.

The company announced today that the first FF has been sent to an Italian buyer and that other models will soon arrive in Europe, Japan, and the United States.

Here’s a quick video showing CarPlay in action. Click here if you can’t see it.

For that amount, you will be getting one amazing vehicle. The FF features a V12 engine with 651 horsepower and can go from 0 to 60 mph in just 3.4 seconds. Its top speed is 208 mph, and Ferrari says the car is the world’s fastest four-seat vehicle.

Apple officially unveiled CarPlay in 2013, and it arrived in March with the iOS 7.1 update. A number of carmakers, including Honda, Hyundai, Mercedes-Benz, and Volvo, have announced models with CarPlay.

Both Alpine and Pioneer have also announced aftermarket CarPlay systems in the works.

I wish I could test drive an FF with CarPlay, but I think I’d spend too much time trying to hit that top speed. I’m looking forward to seeing the technology in a car I could actually afford.

For other news today, see: A new report claims that both ‘iPhone 6′ models are coming on Sept. 19, Report: Expect Apple to unveil the ‘iPhone 6’ and ‘iPhone 6 Plus,’ and Apple begins launching new iCloud security alerts. 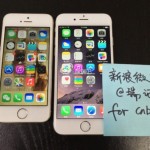 Report: Expect Apple to unveil the ‘iPhone 6’ and ‘iPhone 6 Plus’ 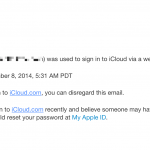