The Apple Watch is set to make its editorial debut in the Chinese edition of Vogue magazine, as reported by The Business of Fashion.

The wearable device, which is being marketed by Apple as a fashion item as well as a technology product, is set to grace the cover and the inside spread of the November issue of Vogue China. For the magazine, the Apple Watch is worn by Chinese supermodel Liu Wen.

Liu hinted at her fashion shoot with the product for Vogue China last week, when she shared a photo on Instagram of her wearing an Apple Watch at the special showcase held by the French fashion retailer Colette. The event was also attended by Apple design chief Jony Ive, newly hired Apple designer Marc Newson, Chanel head designer Karl Lagerfeld, and Vogue editor-in-chief Anna Wintour.

As for Apple’s curious choice of a Chinese fashion magazine for the editorial debut of the Apple Watch, The Business of Fashion quotes Vogue China editor-in-chief Angelica Cheung:

“Chinese people are actually very digitally minded and we embrace new technology and digital products more easily than perhaps people elsewhere,” said Ms Cheung. “We are an ancient country but at the same time a very young country when it comes to fashion and new products. We love to embrace everything that is new, modern and positive,” she added. “All these convince us that the intersection of fashion and technology is a natural progression, not something alien.” 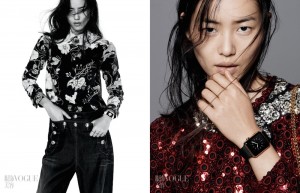 Apple has also had a rather significant relationship with China, which constitutes the company’s largest market. Incidentally, the Apple Watch’s Vogue China cover reveal comes on the same day as the start of preorders for the company’s new iPhone 6 and iPhone 6 Plus handsets, which are scheduled to be released in the country on Friday next week, Oct. 17.

The Apple Watch, though, is not expected to be released until early 2015. It will be available starting at $349, with the most expensive variant coming from the 18-karat gold-cased Apple Watch Edition Collection modeled by Liu on the cover of Vogue China.

Last week, Vogue published an interview with Ive, whom the magazine dubbed “The Man Behind the Apple Watch.” 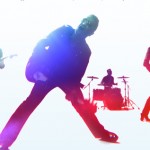 Apple says more than 81 million iTunes users have 'experienced' the free U2 album
Nothing found :(
Try something else