Apple announced on Friday that it’s launched its iAd platform in a total of nine new European countries.

According to a new post added to Cupertino’s developer website (via 9to5mac), the new countries are: Austria, Belgium, Denmark, Finland, Luxembourg, Netherlands, Norway, Poland, and Sweden. As such, the platform is now available in some 25 countries across North America, Europe, and Asia.

The news comes after Apple updated iAd back in August to add support for new styles and more countries. At the time, Russia and Switzerland received access to the platform.

Apple’s iAds may not have proven as successful as Cupertino originally hoped, but it’s nevertheless apparent that the company hasn’t given up on the platform yet. We’ll keep you updated with further information as we receive it. 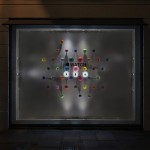 Apple set to start selling iPhone 6 and iPhone 6 Plus in China on Oct. 17
Nothing found :(
Try something else