You might be used to seeing your favorite sports stars wearing a pair of Beats headphones before the game, but a new deal with Bose means NFL players are now facing a ban on wearing Beats headphones on camera.

According to a recent report from Re/code, “This ban extends to TV interviews conducted during pre-season training camps or practice sessions and on game day — starting before the opening kickoff through the final whistle to post-game interviews conducted in the locker room or on the podium.”

Furthermore, the ban will also remain in place for 90 minutes after games have ended. In a statement issued by Beats, a spokesperson said:

Over the last few years athletes have written Beats into their DNA as part of the pre-game ritual. Music can have a significant positive effect on an athlete’s focus and mental preparedness and has become as important to performance as any other piece of equipment.

However, as Re/code adds, the cause for such “aggressive marketing tactics” becomes apparent when one remembers that Beats actually holds onto some 61 percent of the premium headphones market. Bose, on the other hand, holds onto around 22 percent of this market.

Apple purchased Beats for some $3 billion this year. Most recently, we heard Cupertino was working to lower subscription fees for an upcoming new version of Beats Music. 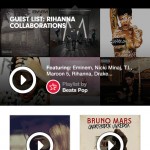 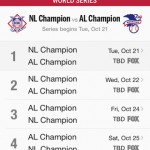