Apple is now the fifth largest PC vendor in the world, according to new preliminary data published by IDC (via MacRumors).

In the third quarter of 2014, Apple’s share of the worldwide PC market rose to 6.3 percent. Apple shipped almost 5 million units in the quarter in question, amounting to a 8.9 percent increase over its shipments from the year-ago quarter. This was enough to help the Mac device maker displace ASUS from the fifth position among the top PC vendors in the world.

Apple is the top three PC vendor in the U.S. (shipments in thousands)

As noted by IDC, Apple’s growth in the PC market has been largely on account of its “recent price cuts and improved demand in mature markets.”

Apple is expected to launch new Mac devices alongside next-generation iPad models at its special media event on Thursday, Oct. 16. 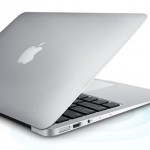 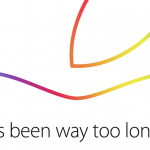 It's official: Apple will hold an iPad-centric media event on Oct. 16
Nothing found :(
Try something else