Apple's partner chipmakers are now “gearing up” to start production for the Apple Watch, according to a new report by Digitimes citing industry sources.

“Orders for chips for the Apple Watch, set to debut in early 2015, are estimated at 30-40 million units, the sources indicated,” the publication reports. “The Apple Watch uses Apple's custom-designed system-in-package (SiP) chip, which miniaturizes an entire computer architecture onto a single chip.”

Since its official introduction, the Apple Watch has been advertised by Apple as coming in “early 2015.” Some reports have suggested that the company is hoping to launch the wearable device in time for Valentine's Day. But Apple retail chief Angela Ahrendts has said in a recent message to Apple retail employees that the product is instead “coming in the spring.”

The Apple Watch is confirmed to be offered starting at $349 for its low-end Sport version, with its price rumored to reach $500 for the version with a stainless steel case and sapphire display cover and as much as $5,000 for the Edition, which features an 18-karat yellow or rose gold case.

The Apple Watch's SDK, called WatchKit, is expected to be released by Apple this month, allowing developers to begin creating apps for the device ahead of its launch. 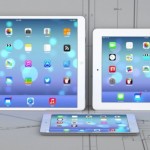 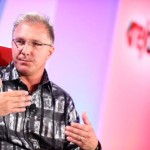 Watch the full video of Apple VP Greg Joswiak's interview at Re/code's Code/Mobile
Nothing found :(
Try something else