Microsoft isn’t quite done yet with its Cortana-touting and Siri-bashing ad campaign.

As noted by 9to5Mac, the company, through its Nokia division, has just released a couple of new ads that pits Apple’s Siri against its Cortana personal assistant as installed on the new Windows Phone-powered Nokia Lumia 635.

The first ad, titled “Lost,” touts Cortana’s ability to automatically alert users to leave early to beat traffic and help them get to their destinations on time:

The second, titled “Remind Me,” features Cortana’s unique support for people-based reminders that are linked to calls, texts, and emails:

In either ad, Siri is portrayed as a simpleton of a personal assistant, while Cortana is presented as a rather eloquent knowledge navigator that gets things done. Of course, Siri no longer sounds as bad and Cortana doesn’t actually sound as good as they’re made to in the ads.

The ads recall the Siri vs. Cortana commercials released by Microsoft’s Windows Phone division late last July for the Nokia Lumia 635 and earlier this month for the new HTC One (M8) for Windows. The former also promoted Cortana’s context-aware reminders and the latter also featured Cortana’s automatic calendar-checking and traffic-routing capabilities. 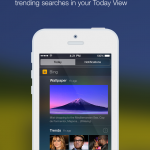 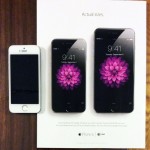 Apple shows iPhone 6 and iPhone 6 Plus in their actual sizes in new print ad campaign
Nothing found :(
Try something else