The upcoming Steve Jobs biopic written by Aaron Sorkin and based on the authorized biography by Walter Isaacson is back in the news. Fortunately this time, it’s not because of a juicy detail unearthed from the recent Sony data hack. Rather, it’s a favorable casting development in the project’s otherwise bumpy road to actually getting made.

According to Deadline, Michael Stuhlbarg of “A Serious Man” and “Boardwalk Empire” fame has joined the movie’s cast:

He’ll play the role of Andy Hertzfeld, the computer scientist and inventor who was part of the original Apple development team that came up with Macintosh Operating System. He worked closely with Jobs until he left for Google in 2005.

For the upcoming film, Michael Fassbender and Seth Rogen are attached to play Jobs and Wozniak, respectively. Jeff Daniels has also been rumored to join the cast as former Apple CEO John Sculley.

Natalie Portman was reportedly offered the role of Joanna Hoffman, the chief marketing person of Apple’s original Mac team, but turned it down.

Universal, which took over the project after it was dropped by Sony last month, is set to start shooting the film next year, with “Slumdog Millionaire” director Danny Boyle at the helm.

In one of the emails leaked from the Sony hack, Sorkin wrote that the movie would require only four shooting locations: “two auditoriums, a restaurant and a garage.” His script is said to be composed of three 30-minute acts, each taking place before a major product launch spearheaded by Jobs: the original Mac, the NeXT cube, and the iPod. 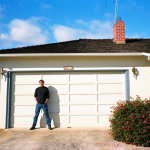 Aaron Sorkin's Steve Jobs biopic to require only four shooting locations
Nothing found :(
Try something else