The upcoming Steve Jobs biopic penned by Aaron Sorkin, unofficially called “Jobs,” is back in the news with a couple of not so good details related to its casting (via 9to5Mac).

First, there’s a new bit of information that may explain why Sony Pictures abandoned the project, which is now being handled by Universal Pictures.

As reported by Fusion, the recent Sony data leaks include financial forecasts for “Jobs” and other upcoming films. In the case of “Jobs,” its revenue projections reportedly fell by 25 percent after Leonardo DiCaprio left the project.

DiCaprio was attached to play the lead role of the late Apple cofounder until he dropped out on account of scheduling conflicts. He was then replaced by Christian Bale, who was all but confirmed for the part until he too bailed out reportedly due to the sheer demands of the role.

“It’s a 181-page script, about 100 of it is that one character,” Sorkin has said about the role. Based on Walter Isaacson’s “Steve Jobs” biography, Sorkin’s script comprises three 30-minute acts, each taking place before a major product launch spearheaded by Jobs: the original Mac, the NeXT cube, and the iPod.

Michael Fassbender is now said to star in the film as Jobs, with Seth Rogen as Apple cofounder Steve Wozniak.

A couple of weeks ago, it was reported that Natalie Portman had been in talks to join the cast. But now, according to Variety, she has passed on the opportunity to play the female lead in the film, Lisa Brennan-Jobs.

“She didn’t participate in Walter Isaacson’s book, because her father was alive at the time, and she didn’t want to alienate either of her parents, so I was very grateful that she was willing to spend time with me,” Sorkin has said about Brennan-Jobs, Jobs’ first child and daughter of his longtime partner Chrisann Brennan. “She is the heroine of the movie.”

No word yet, though, on whether the role of Brennan-Jobs is going to be played by Jessica Chastain, who has also been rumored for the part.

“Jobs” is set to be directed by Danny Boyle, the Oscar-winning director of “Slumdog Millionaire” who previously worked with DiCaprio on “The Beach.” 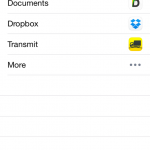 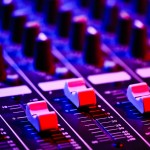 Audio guru Dana Massie rejoins Apple from Audience
Nothing found :(
Try something else