GT Advanced Technologies, the former sapphire supplier that went bankrupt following a botched deal with Apple, is seeking to give millions in bonuses to its senior executives in hopes of keeping them in its employ.

Pay enhancement is necessary to motivate “the key drivers” in GT’s bid to restore its business in bankruptcy, lawyers said. Court filings outlining the bonus proposal say GT’s stock, once a major component of executive compensation, is no longer good for motivating performance by company leaders.

While it doesn’t identify the recipients of the bonuses, the proposal reveals at least two programs. One outlines a payment of $2.275 million to nine top-level executives, and another seeks to pay out $1.4 million to 28 non-“insider” people.

GT hopes to schedule a hearing in January for the bonus programs, which require a judge’s approval to take effect on account of the company’s bankruptcy.

A combination of mismanagement and substandard yields reportedly resulted in GT filing for bankruptcy early in October, after a year of failed attempts to produce usable sapphire screens for Apple.

The two companies’ settlement, which was reached later in October and approved just a couple of weeks ago, allows GT to sell its sapphire manufacturing equipment and pay Apple its debts, amounting to about $439 million, within four years.

Ultimately, the failed sapphire maker hopes to take advantage of the deal to rehabilitate its business — preferably with its senior executives still on board. 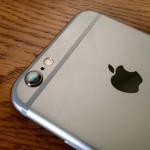 Ahead of the New Year, tips for putting your Apple iOS device on a diet
Nothing found :(
Try something else