You are using an outdated browser. Please upgrade your browser to improve your experience.
by Bryan M. Wolfe
December 17, 2014

This should be a busy week for new and updated apps. Beginning Monday, Dec. 22, the folks who run iTunes will officially be in holiday mode.

After Monday, new or updated app submissions will be delayed until at least Dec. 30 when iTunes Connect opens to developers once again. This means that the prices seen in the App Store, Mac App Store, iTunes, and iBookstore on Dec. 22 will remain in place for at least a week.

Luckily, developers know this and will likely use the shutdown week to everyone’s benefit. Specifically, don’t be surprise to see many of the most popular iPhone and iPad apps heavily discounted between now and then.

We also anticipate that tomorrow, Dec. 18, will be a huge day on the App Store. Thursdays are typically the day of the week when developers like to push out new apps and/or significant app updates. Tomorrow will be the final Thursday of 2014 that can be used for that purpose.

AppAdvice will let you know when deals are announced. If you see any beforehand, please let us know by emailing us at tips@appadvice.com. 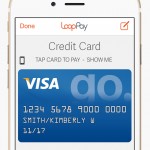 Samsung reportedly partnering with mobile payment startup LoopPay to take on Apple Pay
Nothing found :(
Try something else