Mozilla may bring Firefox to iOS after all.

The free software community discussed the possibility of porting its popular desktop Web browser to Apple’s mobile operating system at an internal event in Portland today. As reported by TechCrunch:

“We need to be where our users are,” Firefox release manager Lukas Blakk wrote on Twitter today (quoting Mozilla’s VP for Firefox Jonathan Nightingale, we think). “So we’re going to get Firefox on iOS.”

Firefox for mobile has been available since its release for the Nokia Maemo operating system in 2010. It’s also been offered on Android since 2011.

But Firefox is yet to be fired up on iOS.

The holdout is rooted in Apple’s policy restricting third-party Web browser developers from using their own rendering engines, thereby crippling Mozilla as it tries to “build the browser it wants to for Apple’s platform.”

But perhaps with Apple’s decision to open up its JavaScript Nitro Engine, the same speedy rendering engine used in Safari, to third-party developers, Mozilla has reconsidered its long-awaited entry into iOS.

In 2012, Mozilla demoed an iPad version of Firefox codenamed Junior. But the app was never released.

In 2010, Mozilla released an iPhone app called Firefox Home, which could sync tabs from desktop to iPhone. But it ultimately pulled the app in 2012. 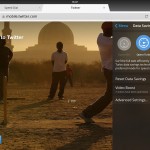 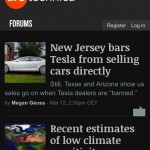 'Internet Taxi' Web browser app iCab Mobile gets optimized for iOS 8 and iPhone 6
Nothing found :(
Try something else