Most notably, the update adds a new “search and play” feature that enables you to play tracks directly from search results. After doing a search in the app, just tap the new play button on any of the search results to instantly play the corresponding music.

The new version of Rdio for iOS also offers a quicker and easier way to play your favorites from any album. Just tap and hold any album to bring up the new option to play only the tracks that you’ve favorited from that album.

The updated app also lets you tap to like any comment as well as to see who else has liked it.

Various interface tweaks and minor bug fixes are also included in the new version of the Rdio app.

Compatible with iPhone, iPod touch, and iPad running iOS 7.0 or later, Rdio is available on the App Store for free.

Rdio for iOS was updated with a major redesign in September and with iOS 8, iPhone 6, CarPlay and audio quality optimizations in October. 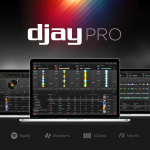 Bose set to take on Apple's Beats and iTunes Radio with new music streaming service
Nothing found :(
Try something else