Observed annually on Dec. 1, World AIDS Day is aimed at raising awareness of AIDS and funds for organizations working to fight the disease. One of these organizations is the Product (RED) brand, which has a long-standing tie-up with the Global Fund to Fight AIDS, Tuberculosis and Malaria.

In honor of World AIDS Day, Apple has given its retail stores around the world a (RED) makeover by rendering its store logos in the signature color of (RED). In addition, the company is donating a portion of the proceeds from every product, accessory, and gift card it sells during the day at its retail and online stores to the Global Fund.

Further demonstrating the company’s commitment to the cause, Apple CEO Tim Cook made a public appearance at Apple’s retail store in Georgetown, Washington, D.C., with (RED) CEO Deborah Dugan. The two tweeted photos of themselves with shoppers and staffers wearing (RED) Apple shirts:

Apple stores around the world are RED today for #WorldAIDSDay. Great to visit in Georgetown with @RED CEO @debdugan pic.twitter.com/Ogq2yNM5hp

Apple’s World AIDS Day campaign kicked off on Monday, Nov. 24, with the launch of the Apps for (RED) promotion on the App Store. Running through Sunday, Dec. 7, Apps for (RED) features a number of iOS apps and games with special (RED) content, the proceeds from which are being donated by Apple to the Global Fund.

On Black Friday, Nov. 28, Apple also gave away a (RED) iTunes gift card for every purchase of a qualifying product from its retail and online stores, with the company donating a portion to the Global Fund for each gift card distributed.

Apple’s contributions to the fight against AIDS through its partnership with (RED) reached the $75 million milestone in June.

In other news, Apple has sent out a rare push notification on iOS devices reminding users about its Apps for (RED) promotion on the App Store. Although intended for a good case, the move has ruffled some feathers, particularly in the developer community, since it’s apparently in violation of Apple’s rule against apps’ use of push notifications for advertising, promotions, or direct marketing. 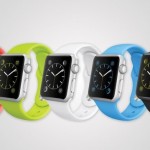 Steve Jobs' words could come back to haunt Apple, again
Nothing found :(
Try something else